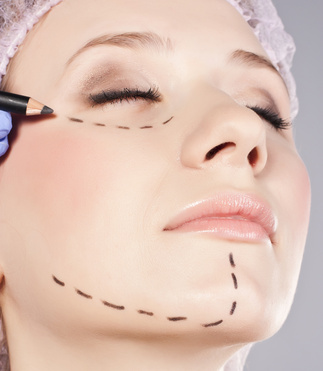 Clarkston, MI – Anti-aging is all the rage, with most people trying their hardest to look, act, and feel younger than their chronological years. Botox has reigned supreme for years as the preferred injectable cosmetic procedure to erase fine lines and wrinkles.

Fillers, too, have become a mainstream way to add volume to the cheeks and other facial areas.

But, while injectables and fillers can give the patient more facial volume and return a more youthful appearance, nothing will replace the effects of the traditional facelift.

It should be no surprise, then, that facelift surgeries have remained one of the most popular plastic surgery procedures, mostly due to the recent upsurge in cutting-edge plastic surgery technology.

In fact, recent statistics from the American Society of Plastic Surgeons reveal that, since the year 2000, facelifts have remained steady as one of the most popular plastic surgery procedures, with over 130,000 lifts being performed on patients every year.

Facelifts aren’t the only surgery benefitting from this new technology. Now, other facial cosmetic surgeries are also proving popular with patients of all ages.

What is this new technology?

A recent advancement in plastic surgery is the endoscope used in facial rejuvenation. An endoscope consists of a small camera that can be inserted through a tiny incision in the skin. The device then transmits an image of the underlying tissues onto a nearby monitor. Endoscopes have been used for years by orthopedic surgeons to treat cartilage damage and by gynecologists to examine pelvic organs.

Now, endoscopes are being used in cosmetic surgery. Not only are facelifts more precise with these devices, but brow lifts can be performed through several minuscule incisions in the scalp. Prior to endoscopes, brow lifts required an “ear to ear” incision.

Patients who complain about an abundance of wrinkles and sagging jowls will be happy to know that the endoscope now makes facial plastic surgery much easier. By placing several tiny incisions in the scalp region and lower eyelids, a plastic surgeon can erase those wrinkles and diminish the appearance of jowls.

The best candidates for these types of procedures are patients in their thirties or forties with good skin tone. Recovery time is significantly longer than one would experience with a traditional facelift, and this is due to the swelling that typically persists for several weeks.

While an extended recovery period sounds daunting, these advanced procedures have finally brought the possibility of facelifts to much younger patients with better and longer-lasting results.

Lasers have revolutionized the way the medical community administers treatments. Lasers are used by dentists, doctors, and plastic surgeons. One of the newest and most interesting uses of lasers is in the procedure known as skin resurfacing.

Using a carbon dioxide laser that pulses at extremely high frequencies, the plastic surgeon can perform a procedure similar to dermabrasion. In a single treatment, the surgeon can erase fine wrinkles around the mouth, and folds along the eyelids can be significantly reduced. This is all with less tissue destruction than is typically seen with traditional dermabrasion methods.

Your appearance can have a major impact on your self-esteem and your performance at work and in life. The good news is that plastic surgeons now have more ways than ever of making you look as young as you feel.

Non-invasive fillers, injectables, and topical cosmetic procedures can help you dip your toes in the water, so to speak, before you commit to a procedure like a facelift. However, with technology making procedures like the facelift and eyebrow lift easier and more effective, it will be exciting to see what comes next for this life-changing industry.

Thank you for visiting Dr. Ali’s Plastic Surgery & Med Spa Blog, where we keep you updated on the latest news, events, information & advancements.

Check back often to read about the latest techniques and state-of-the-art technologies in cosmetic surgery, anti-aging, body sculpting and aesthetic treatments.