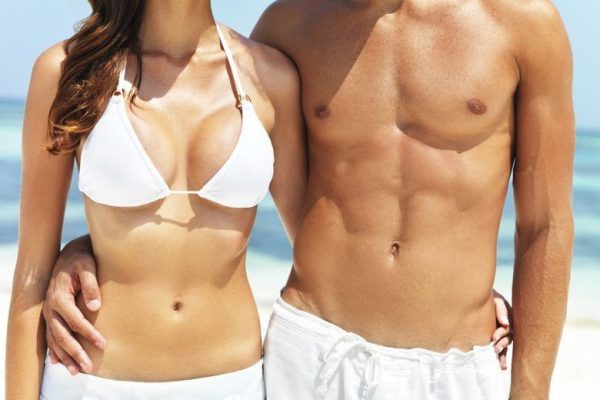 Do you have stubborn pockets of fat that just don’t seem to go away, no matter how hard you exercise or how much you diet? If so, there is a new, revolutionary minimally-invasive procedure to lose inches!* CoolSculpting is a fat freezing procedure that is the only FDA-approved, non-surgical option to treat fat effectively.

For some people, stubborn fat remains, even after rigorous dieting and exercising. CoolSculpting offers beautiful, long-lasting results that will help you gain back your figure and confidence, without counting calories or working out!

CoolSculpting uses a specialized machine to deliver controlled cooling to precise areas of the body – freezing and “killing” the fat cells under the skin. Over time the body will naturally and permanently expel these dead cells. Once the fat cells are removed they do not come back – so CoolSculpting has permanent results. More than two million CoolSculpting treatments have been performed worldwide since this safe, non-surgical fat-loss procedure was developed.

Get rid of stubborn fat – and get the body you’ve always wanted – with affordable, non-surgical Coolsculpting!

The CoolSculpting machine delivers controlled cooling to the areas of the body you would like to target. The fat cells under the skin are frozen and then die. Over time, your body will naturally expel these dead cells.

Because of the way CoolSculpting works, results develop over time. It will look to others as if the pounds are melting away, when in fact, they are freezing away. And the best part is, once the fat cells die, they are gone, so CoolSculpting has long-term effects.

More than two million CoolSculpting treatments have been performed worldwide since the technology was introduced.

Fat Loss with NO Dieting and NO Exercise

Many people spend most of their lives on diets. They carefully watch what they eat, expecting to see their fat go away. But dieting – and even exercise – cannot eliminate fat cells.

But CoolSculpting actually eliminates fat cells. In fact, the number of fat cells can be reduced by between 20 and 25 percent after CoolSculpting. Once they die, your body will naturally expel them, so there is no chance they will migrate to other areas of the body.

Your fat cells that responded to the treatment will be gone forever, and so will the bulges that bothered you.

CoolSculpting is intended for use in patients who are at or near their ideal weight, but who have unwanted pockets of fat in certain areas. It is not intended to be a weight loss procedure, or a solution for patients who are obese. The science and technology behind CoolSculpting has been studied and proven on more than 4,000 clinical trial patients.

CoolSculpting is intended for use in patients who are at or near their ideal weight, but who have unwanted pockets of fat in certain areas. It is not intended to be a weight loss procedure, or a solution for patients who are obese.

Most CoolSculpting procedures last about one hour, but the length of treatment time will depend on the are being treated. It is a non-invasive procedure, so it is done in Dr. Ali’s office, and you can return to normal activities right away.

Results can start to be seen about three weeks after the procedure, but dramatic results will be seen about two months after. Fat cells will continue to be removed by the body for about six months following CoolSculpting.

Top surgeon Dr. Ali has helped hundreds of men and women across Oakland County and the greater Detroit area look and feel their very best with the CoolSculpting “fat freezing” procedure. He has happy clients who have lost inches of fat in Birmingham, Bloomfield Hills, West Bloomfield, Rochester Hills, Troy, Farmington Hills, Clarkston, and more. 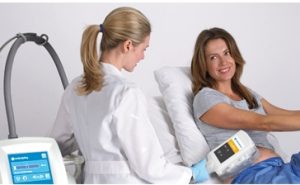 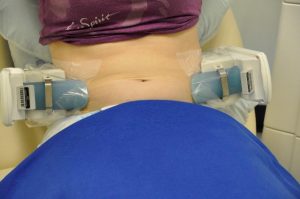